I've been filling boxes with things— mostly books— ready to move up to Salford. We still don't know for sure that we have the house, but our time here in Surrey comes to an end in less than a fortnight. The Cat Yantantessera, who hates travelling, was happy to stay in the north with Kit's parents.

On Wednesday I paid my first visit to Nantwich, which is a pleasant town in Cheshire (rather than a tic affecting grandmothers). Most of the town burnt down in 1583, and Elizabeth I sent £1,000 to rebuild the town. The result is that most of the streets are filled with those black-and-white buildings for which the Tudors are renowned.

I've also added another Saki story to my website: The Stalled Ox. As before, the story is both written down and read aloud. If you'd like a bedtime story, take a look! This time I've added some cartoons; I think I'll go back and do similarly for the other stories as well. What would you like next? I'm thinking of Sredni Vashtar.

And a friend of mine complains that in this weather the mosquitoes treat her as a hors d'oeuvres trolley. I can only suggest that she should shelter under a canapé.

My puppy always starts to growl as soon as he's asleep:
"I've caught a hundred waterfowl and killed a thousand sheep;
I felled and ate a buffalo, then swam across the sea,
And when I found where squirrels go, I chased them up the tree!"
And though his dreams are not the truth, who'll wake him up? Not I!
I've firmly held it since my youth that sleeping dogs should lie. 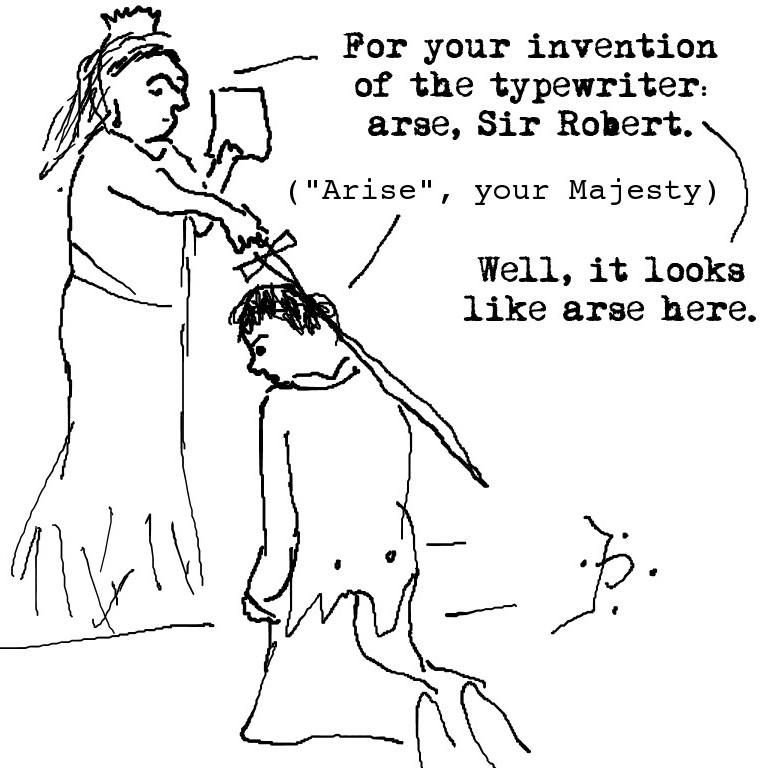 Sometimes you read an idea which changes the way you view the world. For me, one such experience was reading about the work of Paul Grice (1913-1988). Grice studied what people try to achieve when they're having a conversation, and he reduced it to a set of rules of co-operation: rules that the person who's speaking generally tries to follow, and the people listening expect to hear followed. The four rules have become known as the Gricean maxims, and they are:

The maxims become particularly interesting when you consider how they can break down. For example, equivocation— that is, saying carefully-chosen truths in order to deceive people— involves breaking the maxim of relation. And sometimes people assume the maxims are not being followed— for example, people under hostile cross-examination often have no reason to wish to cooperate, and so answer the question asked rather than the question intended.

I have been in love, and in debt, and in drink,
This many and many a year;
And those three are plagues enough, one would think,
For one poor mortal to bear.

There's nothing but money can cure me,
And rid me of all my pain;
'Twill pay all my debts, and remove all my lets,
And my mistress, that cannot endure me,
Will love me and love me again—
Then I'll fall to loving and drinking amain.

Love, drink, and debt are such evergreen concerns that this poem could have been written in Victorian times, or in the twentieth century, or yesterday! Only the rhyme of "love" with "strove" gives us the hint that it was written in the seventeenth century.