I'm back! I've been ill for quite a while, and I've missed writing Gentle Readers enormously. But today I'm back. 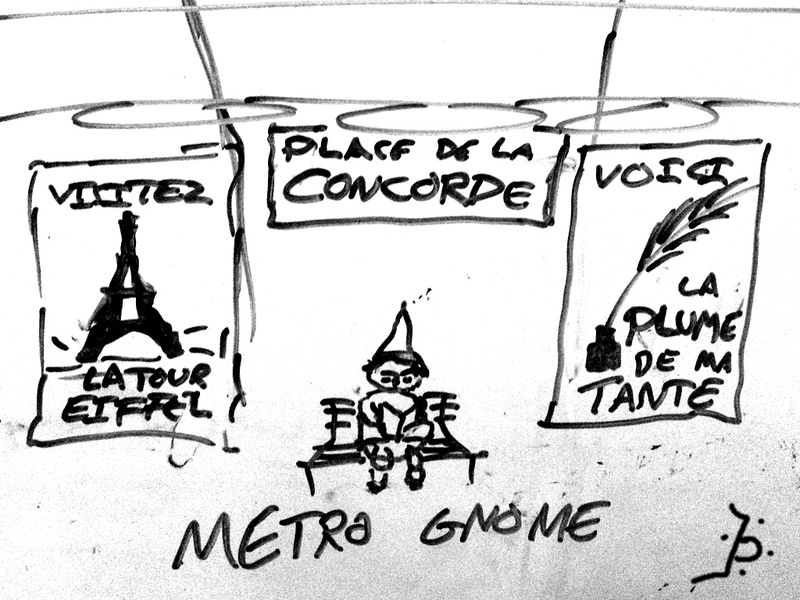 The voyage of Columbus didn't convince anyone that the world is round. Nobody needed convincing, because nobody believed that the world was flat. Nearly two thousand years earlier, a Greek scholar named Eratosthenes had demonstrated it-- not only the shape of the earth, but even how far it was around. (He went to two different cities, and measured the angle of the sun when it was at its highest point on Midsummer Day. Then, since he knew how far apart the cities were, he could work out the circumference of the earth.)

But a century before Erastothenes, Aristotle's book On the heavens (Περὶ οὐρανοῦ) gave five reasons to believe the earth is round. And one of them is a proof by elephants. 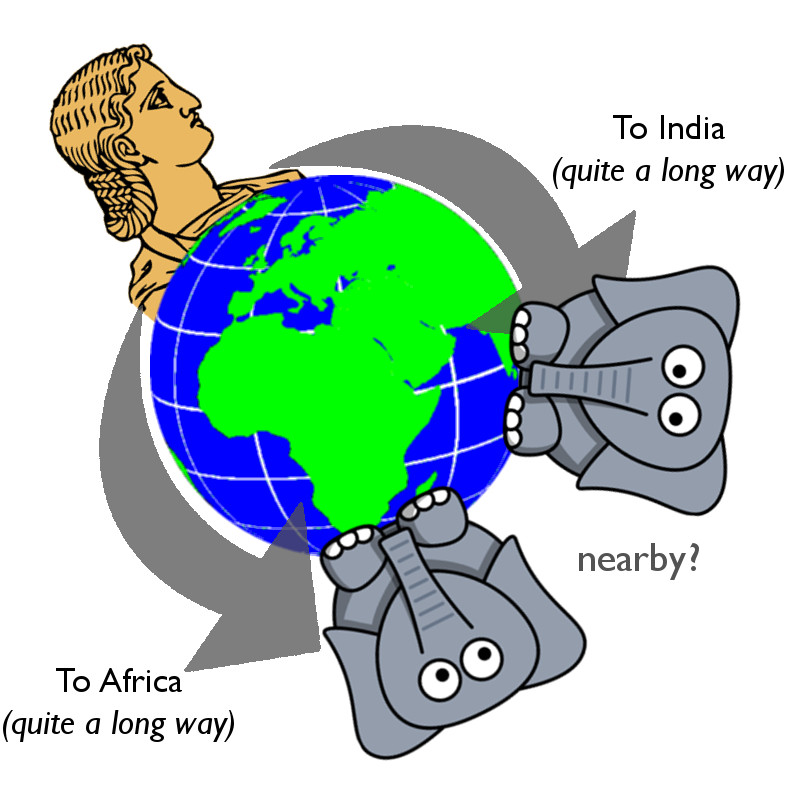 So obviously if the east and the west both have elephants, it stands to reason that they're next to one another.

"Hence one should not be too sure of the incredibility of the view of those who conceive that there is continuity between the parts about the pillars of Hercules and the parts about India, and that in this way the ocean is one. As further evidence in favour of this they quote the case of elephants, a species occurring in each of these extreme regions, suggesting that the common characteristic of these extremes is explained by their continuity."

Thomas Aquinas helpfully pointed out the flaw in this reasoning:

...they make a conjecture as to the similarity of both places from the elephants which arise in both places but are not found in the regions between them. This of course is a sign of the agreement of these places but not necessarily of their nearness to one another.

This is a famous retelling of a very old story.

THE BLIND MEN AND THE ELEPHANT John Godfrey Saxe

It was six men of Indostan
To learning much inclined,
Who went to see the Elephant
(Though all of them were blind),
That each by observation
Might satisfy his mind.

The First approached the Elephant,
And happening to fall
Against his broad and sturdy side,
At once began to bawl:
"God bless me! but the Elephant
Is very like a wall!"

The Second, feeling of the tusk,
Cried, "Ho! what have we here
So very round and smooth and sharp?
To me 'tis mighty clear
This wonder of an Elephant
Is very like a spear!"

The Third approached the animal,
And happening to take
The squirming trunk within his hands,
Thus boldly up and spake:
"I see," quoth he, "the Elephant
Is very like a snake!"

The Fourth reached out an eager hand,
And felt about the knee.
"What most this wondrous beast is like
Is mighty plain," quoth he;
"'Tis clear enough the Elephant
Is very like a tree!"

The Fifth, who chanced to touch the ear,
Said: "E'en the blindest man
Can tell what this resembles most;
Deny the fact who can,
This marvel of an Elephant
Is very like a fan!"

The Sixth no sooner had begun
About the beast to grope,
Than, seizing on the swinging tail
That fell within his scope,
"I see," quoth he, "the Elephant
Is very like a rope!"

And so these men of Indostan
Disputed loud and long,
Each in his own opinion
Exceeding stiff and strong,
Though each was partly in the right,
And all were in the wrong!

At this point I should include my parody; I wondered what might happen if blind elephants had tried to find out about humans.

It was six jolly Elephants
(And all of them were blind),
That all agreed to search a town
To study humankind,
That each by observation
Might satisfy his mind.

The first one felt a human's head;
In puzzled tones he spake:
"This wonder of a Human Man
Is flat as griddle-cake!"
The others solemnly agreed,
"'Tis true, and no mistake."