I've been ill. It was rather worse than it should have been, because I hadn't registered with a new doctor up here yet, and then quite a lot of paper had to fly around giving various people permission to do various things. So I haven't been in a fit state to write this for a week or so, which is frustrating because I had a lot of interesting articles planned. I may start adding in some extra days in order to make up the time.

I don't intend to die, for I have much to finish first.
But if you plan my funeral, if worst should come to worst,
I want some decent hymns, some "Love Divine"s, and "Guide me, O"s.
Say masses for my soul (for I shall need them, heaven knows),
And ring a muffled quarter-peal, and preach a sermon next
(“Behold, that dreamer cometh” should be given as the text),
Then draw a splendid hatchment up, proclaiming my decease.
And cast me where the lamp-post towers over Parker's Piece
That I may lie for evermore and watch the Cambridge skies...
I'll see you in the Eagle then, and stand you beer and pies. 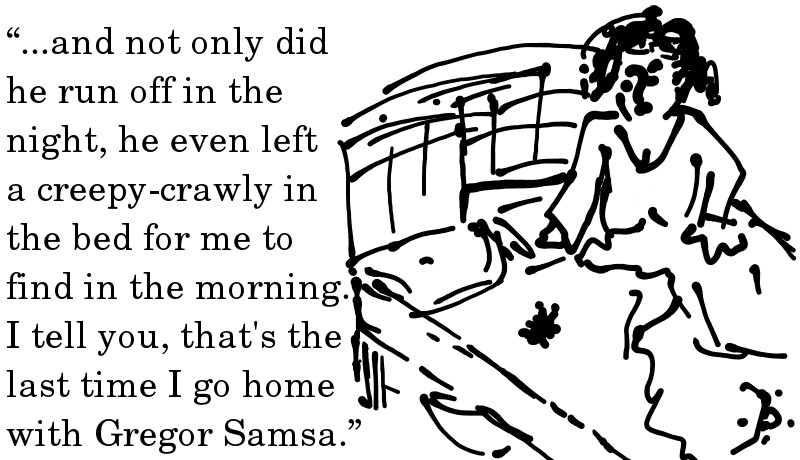 Sometimes, when I read about people from the past, I wonder what it was like to have a conversation with them. Can you imagine going out to get fish and chips with Carl Linnaeus, for example? You'd be chatting about something, and all of a sudden you'd hear him gasp "Oh, Veronica," so you'd look round and he'd be on his hands and knees saying, "My goodness, a hitherto undiscovered variety of speedwell!" And of course it's rather easier to imagine what Johnson was like to meet socially, since that's how so many of his biographers observed him.

Another such person is a Baptist minister named Ebenezer Cobham Brewer (1810-1897), the owner of an inquisitive mind, a formidable beard, and one of the strongest things in the world: a good habit. As he read, and he read a great deal, he would write down every question that crossed his mind. When he found the answer, he would write it on the same piece of paper, then file it. You may imagine that paper files formed a large part of his life, and also a large part of his house. 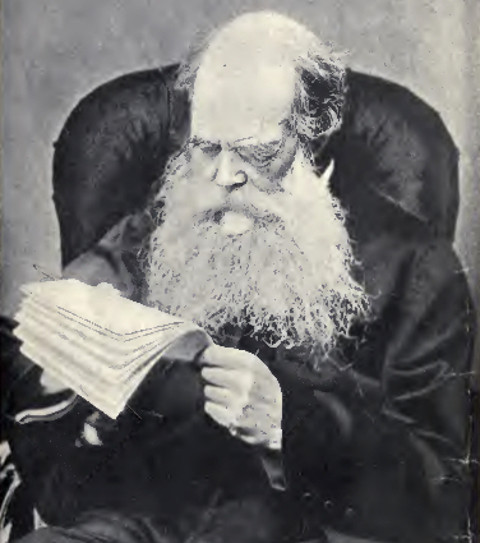 In his mid-twenties, he collected many of these questions together into a popular science manual entitled A Guide to the Scientific Knowledge of Things Familiar. This sold so well that it enabled him to leave Norwich and travel around Europe, investigating and learning. Because the book also brought him into the public eye, he began to receive a great deal of correspondence about questions the book had raised, which nourished his files still further.

He returned to England at the age of forty-six, to begin his greatest work: Brewer's Dictionary of Phrase and Fable. Many of the questions he had considered were about mysterious allusions in his reading; what did this phrase mean? or what story was referred to there? He determined to answer as many as possible, in alphabetical order. The job took fourteen years. Even though he was sixty by the time the book was published, he went on to produce a revised edition in 1891 at the age of seventy-four.

It's still in print, and I urge you to get yourself a copy if you can-- it's easily found second-hand. Discovering Brewer enriched my childhood; I would wander through his pages and learn things fascinating enough that it didn't matter how useless the knowledge might be. It often came in useful, though, years later. And Brewer's own touch is on every line: you really can imagine that it would have been much the same to have a chat with him, darting from subject to subject with the dazzling randomness of a dragonfly.

"Monsieur" here is Francis, duke of Anjou (1555-1584), who had been courting Elizabeth I. They were both interested, but politics is rarely an easy game, and in the end he gave up and went back to France.

ON MONSIEUR'S DEPARTURE by Elizabeth Tudor

I grieve and dare not show my discontent,
I love and yet am forced to seem to hate,
I do, yet dare not say I ever meant,
I seem stark mute but inwardly to prate.
I am and not, I freeze and yet am burned.
Since from myself another self I turned.

My care is like my shadow in the sun,
Follows me flying, flies when I pursue it,
Stands and lies by me, doth what I have done.
His too familiar care doth make me rue it.
No means I find to rid him from my breast,
Till by the end of things it be suppressed.

Some gentler passion slide into my mind,
For I am soft and made of melting snow;
Or be more cruel, love, and so be kind.
Let me or float or sink, be high or low.
Or let me live with some more sweet content,
Or die, and so forget what love ere meant.

As someone who knew her once said, uneasy lies the head that wears a crown.