I read a choose-your-own-adventure science fiction book when I was little. It concerned the efforts of an alien named Rimeq to take over the world, and the hero's efforts to stop him. This was made more difficult because Rimeq possessed the ability to move objects around with his mind (telekinesis). The only part which has stayed in my head is towards the end, when the hero has reached Rimeq's room but Rimeq has paralysed him by telekinesis, the police have been stopped similarly, and so have the spaceships bringing help, and the stress is showing on Rimeq's face. Finally the hero manages to take some rings off his fingers and throw them at Rimeq, shouting, "Catch them, Rimeq, they're grenades!" This is the final straw; the stress on Rimeq's mind is too much, and he is taken away catatonic.

So as I mentioned earlier, we have been moving house, and several moments have made me think, "Catch them, Rimeq"-- in particular, I meant to put out an edition of Gentle Readers on Monday as usual, but exhaustion won. Sorry for the interruption in service; meanwhile, I've been very encouraged by the messages I've had telling me how much you enjoy reading Gentle Readers.

Many people are due public thanks for helping us get through the last week. In particular, I want to thank the people of St John's church, Egham; as the obstacles to getting moved grew more and more formidable, so more and more people from St John's turned up unasked to help. We couldn't have managed without you. Thanks also go to the Gentle Reader who offered a garage when the movers needed to deliver before the landlord could give us the key. And thanks to the people from the Runnymede Besom, who turned up to take away some furniture we'd donated, but then came back later to help clean up. That's what love in action looks like, and I'll do my best to pay it forward. Thank you all.

Electric sparkles in your touch,
the echoes of an amber god.

You fill my batteries with such
electric sparkles in your touch,
that Tesla would have charged too much
and Franklin dropped his lightning-rod:

electric sparkles in your touch,
the echoes of an amber god.

I was going to draw you a cartoon as usual, but my tablet is still packed away. Instead, here are some photos I took when I was working in London earlier this year. 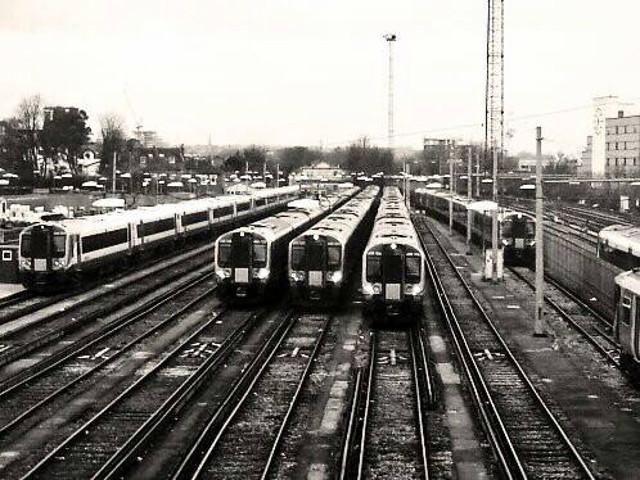 Trains in the sidings at Clapham Junction, the busiest railway station in Britain. More than a hundred trains an hour come through. 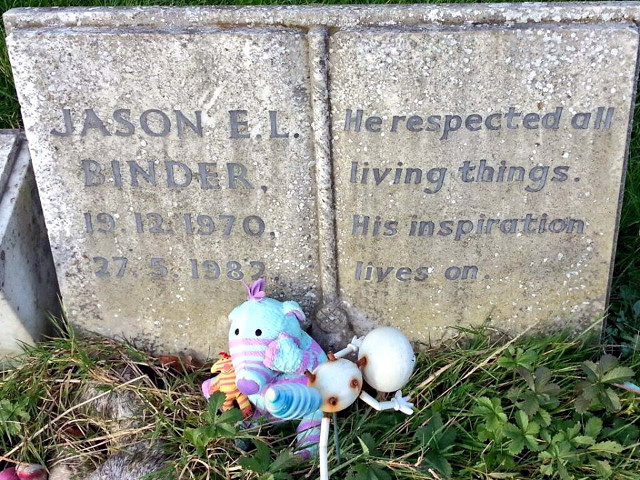 The tombstone of Jason Binder: "He respected all living things. His inspiration lives on." And it lives on with me, too, even though his epitaph is all I know about him.

Does this one really need an introduction? Well, if you've never seen it before, then you have the joy of seeing it for the first time; the Guardian has a decent analysis if you're interested in digging into it. "Baggonets" is an archaic form of the word "bayonets", and Kensal Green is a large London cemetery, one of the magnificent seven. There is a pub called "Paradise" near there now; it was named for the poem.

Does this one really need an introduction? Well, if you've never seen it before, then you have the joy of seeing it for the first time; the Guardian has a decent analysis if you're interested in digging into it. "Baggonets" is an archaic form of the word "bayonets", and Kensal Green is a large London cemetery, one of the magnificent seven. There is a pub called "Paradise" near there now; it was named for the poem.

Before the Roman came to Rye or out to Severn strode,
The rolling English drunkard made the rolling English road.
A reeling road, a rolling road, that rambles round the shire,
And after him the parson ran, the sexton and the squire;
A merry road, a mazy road, and such as we did tread
The night we went to Birmingham by way of Beachy Head.

I knew no harm of Bonaparte and plenty of the Squire,
And for to fight the Frenchman I did not much desire;
But I did bash their baggonets because they came arrayed
To straighten out the crooked road an English drunkard made,
Where you and I went down the lane with ale-mugs in our hands,
The night we went to Glastonbury by way of Goodwin Sands.

His sins they were forgiven him; or why do flowers run
Behind him; and the hedges all strengthening in the sun?
The wild thing went from left to right and knew not which was which,
But the wild rose was above him when they found him in the ditch.
God pardon us, nor harden us; we did not see so clear
The night we went to Bannockburn by way of Brighton Pier.

My friends, we will not go again or ape an ancient rage,
Or stretch the folly of our youth to be the shame of age,
But walk with clearer eyes and ears this path that wandereth,
And see undrugged in evening light the decent inn of death;
For there is good news yet to hear and fine things to be seen,
Before we go to Paradise by way of Kensal Green.